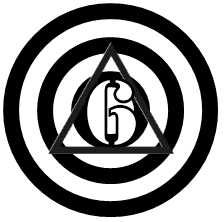 A circular area designated extending out from a supernatural/preternatural threat (LOOSE RABBIT, RED TITAN, BRIGHT STORM, etc.) the minimum safe distance. ZONE 6 varies in size based upon the threat, extending outward as far as necessary to prevent hazardous exposure. Armed forces are instructed to either retreat to Zone 6, or beyond Zone 6.

Command orders may specify over radio that the Zone 6 is expanding or contracting, e.g. "Zone 6 now 3 to 7 kilometers" specifying the closest armed forces may be allowed to a specific threat.

The civilian population is prohibited from being within Zone 6. Evacuations initiated under these conditions call for all civilian personnel to be moved outside of Zone 6, with conventional armed forces confined to the innermost point of the Zone, or farther. Only preternatural forces with Command-authorized access are allow to pass beyond Zone 6, into the designated threat area.

The term is loosely modeled on the Nuclear safe zones (I, II, and III).


One of the biggest challenges of writing any military series is balancing the need for authentic "military speak" with reader familiarity. While many readers might know all the jargon, non-veterans might not. Throw in a science fiction twist, like the preternatural forces of Stone Soldiers and Spectral Ops and you have to start inventing military terms to cover the situations, creatures and conditions now part of the created world.

Fortunately, writers can turn to history for examples on how to do this. In the 1940s, the advent of nuclear weaponry resulted in a shift in warfare tactics that necessitated a whole new lexicon terms. The War on Terror and our Information Age Cyber Threats re doing the same thing. Using these as examples, it's possible to come up with appropriate terms. The trick is to just not over use them...
at 12:00 PM