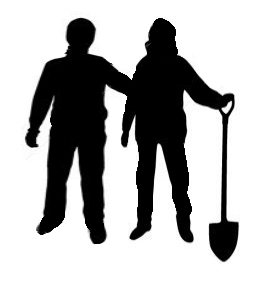 A husband and wife team, the Hammonds traveled the world looking to solve histories mysteries. Originally, David Hammond leaned far more to the treasure hunting aspect of archaeology, and always seemed to find just what he needed--no doubt due to his unusual "power" of good luck. David eventually met his future wife, Julia, who possesses a powerful psychic ability to understand any language, spoken or written.

In 2015, the Hammonds were contracted to investigate a location on the northeastern edge of the Greenland glacier, which they were assured had high amounts of gold. The Hammonds and their small excavation team did locate gold, in the form of two large doors sealing shut a portal to another world: Asgard, the realm of the north gods of Norse mythology.

After assisting Detachment 1039 in stopping Ragnarok, the Hammonds grudgingly accepted a contract to further investigate the planet Asgard and the series of wyrmholes there that are presumed to lead to other worlds.

Behind the Scenes
How many times have you heard a man say he's the luckiest man in the world when declaring his affections for a woman he's married to? Or vice versa? I've always thought there was story potential there, so when I created the husband-and-wife team of the Hammonds for Shadow Raiders, I went with it, making Mr. Hammond literally the luckiest man in the world, much like D.B. Sweeney's character in the 1995 TV Series Strange Luck.

Mr. Hammond's wife, the intrepid British Archaeologist isn't based on Lara Croft, the popular video game character my kids love so much. Instead, I got the idea for the character listening to The Creative Penn's Joanna Penn--the chipper, always-upbeat English Author. She happened to be talking about one of her books on a podcast and I thought that instead of just having a lucky, male archaeologist for Shadow Raiders, or gender-switching him to a female, why not make a husband-and-wife team? Thereby allowing m the chance to build tension by having the couple split up for part of the action.

And finally, yes, the names of the Hammond's crew are familiar: when I first started Shadow Raiders, Jeremy Clarkson had been fired from the BBC show Top Gear, and my kids and I were in mourning for the death of the show. Thankfully, Amazon picked up the amazing trio of Hammond, Clarkson and May, and you can watch their continued car antics on The Grand Tour.