As a special thank you to all the Stone Soldiers readers, enjoy the first three Shadow Detachment prequel short stories for free, TODAY on Kindle!

It's supernatural espionage on the Dark Continent when British Agent John Ash is sent to investigate the disappearance of expatriates in Africa in 1968 and encounters a living legend: The Spellbreaker.

What's a seventies girl to do when she finds herself turned into one of the undead? She joins the Army and leads a team of super soldiers on the hunt for her own kind!

Before Detachment 1039 successfully began petrifying soldiers for supernatural combat against the forces of darkness, they waged a Cold, Dark War around the world for decades. Super soldiers, psychics and scientists worked together to keep evil at bay.

Starting in August 2015, readers can now see a glimpse into the past, reading the stories of pre-Stone warfare as a flesh-and-blood Detachment 1039 works to save the world, again and again from its origins in the late 1940s, up through the creation of the first Stone Soldier in the early 2000s. Monthly tales of paranormal mayhem, exclusively on Kindle.

Check out these short story tales of supernatural warfare for $.99, or keep a sharp eye out for Kindle Select Free Days! 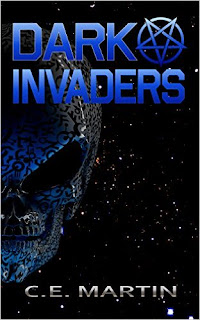 When not one but two flying saucers land at a remote American airbase in 1954, the United States Government gets two very different offers of assistance from the great beyond. Hesitant to believe the stories of the two species offering their friendship, the military sends in a young Army Officer to investigate. Captain Mark Kenslir soon learns that the strange visitors aren't from as far away as they claim and that what they are really after is nothing short than conquering the Earth.