Mythical #4, SHADES OF WAR
The Stone Soldiers of Detachment 1039, the Blacksabers, stand as America's supernatural defenders. Impervious to nearly all conventional weapons, never tiring, never needing sleep- they are an unstoppable force of men turned to living stone by ancient magic.

Killed by the Blacksabers' leader over twenty years ago, Clinton Kerrick has returned from the dead, raising an army of spectres to fight against the living. His army of ghost soldiers are ready to march on Washington and exact their own revenge against the country that killed them.

Can the Blacksabers stand against an ethereal foe that cannot be killed? Or when the South rises again, will it mean the end of America?


Mythical #5, BLACK KNIGHT DOWN
Orbiting the earth for millenia, a strange, black construct hangs silently in space, its purpose and creators unknown. Governments of the world have feared the implications of the prehistoric, artificial satellite and have kept its existence a secret.

A coven of witches and their druidic ally bring Black Knight crashing to Earth to harness the dark forces contained within it. The men and women of the U.S. military's Blacksabers detachment must spring into action to combat this threat from space- but this ancient relic may prove too much for the supersoldiers.

Mythical #6, TERRORCOTTA
Buried for millenia in China, under the dirt outside the First Emperor's tomb, the terracotta soldiers were believed to be statues made in honor of Zao Zheng, guarding his eternal resting place. But the truth is far more terrifying.

The People's Republic unlocked the secret of the terracotta army years ago and developed it into a weapon designed to turn the populations of whole cities into hardened clay. Deemed too terrible to use, the Nlai Wan, the Clay Cloud, was locked away in vaults deep underneath the Forbidden City.

Now a renegade General who fancies himself the next great Emperor of China has stolen the Clay Cloud prototypes and moved them to America. There he plans to unleash his alchemical weapons of mass destruction on an unsuspecting populace and trigger a war between China and the United States that he will win, then declare himself First Emperor of the World.

Can America's supersoldiers, the men and women of the Blacksabers detachment stop General Zuo Zhao Zheng without killing millions in the process?
at 3:08 PM No comments: 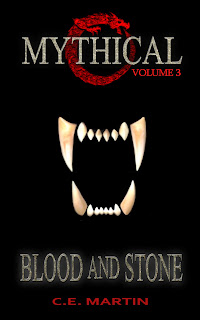 I used to firmly believe that there was no such thing as bad feedback. Afterall, writing is about producing a product consumers might want to purchase. I don't write for the art of it. So I try to listen to all feedback and consider it carefully to craft a better product.
Over at page99test.com, authors can upload the 99th page of their work to get feedback. The idea being that any book, if you pick it up and thumb to Page 99, it's a good idea of whether you'd like the book or not.
I don't get much feedback over there, but just now I got one of the all time stupidest things I've ever seen:

The superhuman leap is unbelievable, the names are too similar, the numbers on the guns suggest the writer is obsessed with heavy weaponry which is boring and anyway, I like dragons and didn't enjoy reading about a hurt one.

Uh, superhumans are unbelievable but dragons aren't? Didn't enjoy reading about a hurt dragon? What?! Obsessed with heavy weaponry?

Okay, I get that if you didn't read the book blurb, didn't know that Mythical: Brothers in Stone was Men's Adventure/Pulp-horror novel, you might not like the contents of Page 99. You might not know it's not a real dragon, but rather a shapeshifter who is posing as a dragon after ripping out it's heart. You also might not know that when you're talking Men's Adventure and Pulps, you have to put in detail about things like weapons. Cause dudes like that.

I wish I could respond to the commenter and apologize to them for their sensabilities being rocked. And explain the series a bit better. I think instead, I'll just pull the listing down so as not to offend or scar any other wannabe dragon trainers.