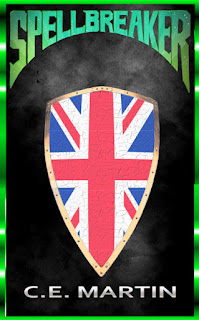 
Agent John Ash is about to meet an American Secret Weapon: the Spellbreaker. A shadowy figure able to resist detection even by the greatest British magic, the Spellbreaker is a whispered legend in the halls of power in England, rumored to be more fiction than fact. But when one of Her Majesty's Templars is sent to Africa to find out what is happening to British citizens, Ash learns the Spellbreaker is real, and more terrifying than anyone ever imagined.

Can a Knight of the Crown, sworn to defend Britain from the darkest magics of the 20th Century work side-by-side with a monstrous, unstoppable super-soldier long enough to unravel a savage mystery on the Dark Continent, or will a showdown between supposed allies spark the end of American-British cooperation? 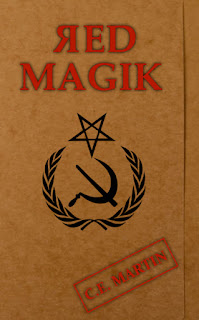 The Stone Soldiers prequels keep on rolling out...

The Soviet Union, 1957. The Cold War is just heating up as Earth's two nuclear superpowers jockey for position superiority. As one group of Russian scientists race to beat America into space, another works feverishly in the remote frontier of Siberia to unlock the secrets of the supernatural world. A young U.S. Army Captain will have to penetrate the borders of the Socialist Republic to uncover exactly how far America's deadliest rival is prepared to go to rule the world and then try to stop them.

Coming soon, exclusively to Kindle...
at 3:00 PM No comments:

Just in time for the Blood Moon, the next short story from the Stone Soldiers universe... 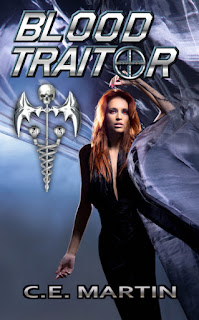 In 1974, Laura Olson had only one thing on her mind: completing her medical residency and becoming a saver of lives--a Doctor. All that changed when she was murdered and resurrected by a long-haired Mid-Western vampire. Awakening as one of the undead, Laura finds herself pressed into the service of the U.S. Military, hunting her own kind. From a quiet campus to the rocky mountains of Morocco, Olson will learn to embrace her new lifestyle and help wipe an ancient evil from the face of the earth!


Available now, ONLY ON KINDLE

In Memory of Warren Murphy 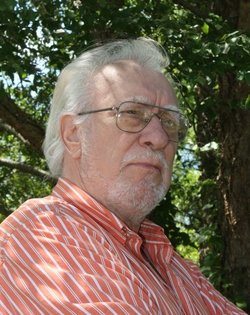 It is with great sorrow that I mourn the passing of one of my literary heroes, Warren Murphy. Best known for his co-creation of the incredible "The Destroyer" series, Mr. Murphy has joined his former writing partner, the late Richard Sapir, in that mystery that lies beyond this mortal coil.

A New York Times best selling author, chess grandmaster, and father of many, Mr. Murphy and his co-creation were my inspiration to start writing decades ago. I was fortunate enough to attend a fan birthday celebration in 2014, finally meeting Mr. Murphy in person.

Like the heroes he wrote about, Warren Murphy was a larger than life character. A friendly man who seemed humble about his accomplishments but who made time for his fans all the same. He leaves behind sons and daughters, some of whom I was fortunate enough to meet. Judging by those children, and by his writing offline as well as between the covers, I have no doubt that Mr. Murphy was a kindred spirit and one our modern world, so in need of role models and heroes, will surely be the worse for without.

I salute Mr. Murphy for his accomplishments and character and am glad to have had the opportunity to have met him. My deepest sympathies and strongest prayers go to those he has left behind, and I look forward to meeting him once more when I too make that eventual trip to Heaven.

God bless, Warren Murphy and his family and friends, and may we all learn to be a little better by following his example.