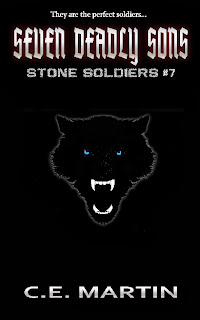 Someone is killing retired Nazi Hunters around the world. They leave no trace of their coming or going and no clue to their identity. But when the murderers begin to strike in America, Detachment 1039 investigates, and the Stone Soldiers discover Germanywase working on their own super soldier program before and after the Reich fell. The hunt for the last of these Nazi Supersoldiers leads the Stone Soldiers on a globe-hopping journey to the coldest place on Earth and something very unexpected buried beneath the polar ice.

A new year is just around the corner, and the Stone Soldiers will return.

After meeting my own goal for readership in 2013, I've decided to extend the Stone Soldiers at least one more year, in the form of at least three more pulp-horror adventures and one new spinoff book that will be lighter on the horror and heavier on the pulpiness.

Stone Soldiers #7, Seven Deadly Sons
Currently still in the outlining phase, Book 7 will see the Stone Soldiers tracking down a furry enemy intent on slaying senior citizens--Nazi Werewolves operating from a remote base, hungry for revenge on the Nazi Hunters that kept the Fourth Reich from ever forming. Hopefully completed for a February release.

Stone Soldiers #8, Terrorcota
Little more than a premis now, Book 8 will feature a mad Chinese General steals ancient imperial secrets from the bowels of the Forbidden City and plans to trigger a war with the U.S.. Chief among his supernatural weapons: a bomb capable of turning humans to clay statues. Look for this one in May or June 2014.

Stone Soldiers #9, Pale Horseman
Again, its early in the outline phase, but this one will feature Soviet super soldiers, an underground city and Centaurs.

Want to see more? Spread the word. With two worlds to choose from, Stone Soldiers is a big universe, with lots of possible foes and plenty of story telling potential. The series can only continue if people keep reading.
at 10:14 AM No comments: 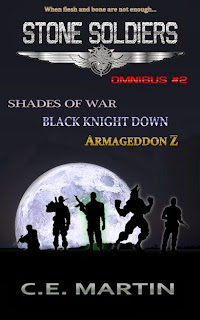 A second collection of Stone Soldier novels, including Shades of War, Black Knight Down and Armageddon Z.

3 tales of the military battling mystic monsters—for the price of 2!

Coming soon in 2014: Kingdoms of Perdition

It may sound off to do a spin off of the Stone Soldiers when the series has yet to catch on, but for 2014, Colonel Kenslir and his granddaughter leave earth behind and travel to another world: Perdition.

Book 1 of the Kingdoms of Perdition trilogy will take some of the members of Detachment 1039 into a world ruled by demons. Steampunk sorcerery will meet modern supersoldiers as the Kenslirs try and free an entire world from the bonds of demonic slavery. 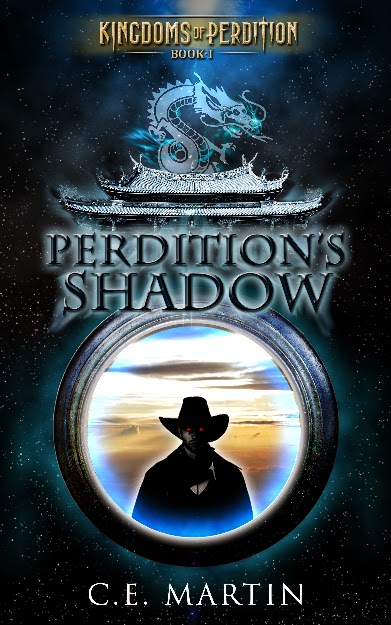