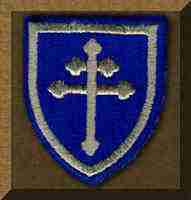 Since their establishment in 1767 by Louis the XV, the Paladins have protected France from supernatural threats--human and otherwise.

In the modern era, the Paladins are concealed within the French Military, a special forces unit headquartered in Paris, comprised of the most capable soldiers of all the branches of service of the country.


Operationally, Paladins operate in teams of twelve, with a Captain, Lieutenant and ten enlisted men and women. Each member of a team is trained in counter-Preternatural operations, and are experts with modern and traditional weaponry. Able to deploy anywhere in the world within only hours, the Paladins effectively neutralize any threat without turning to preternatural means themselves, much like their English counterparts, the Templars.

Behind the Scenes
Since the beginning of the series, readers have been introduced to supernatural soldiers of many other countries including China's Masters from the Temple of Perfection and England's Templars. While the Stone Soldiers fight fire with fire, employing magic and monsters in their dark war, not every other country combating supernatural threats do the same.

For Spectral Ops, more international organizations and units will make appearances, as threats continue to appear around the globe.
at 12:00 PM