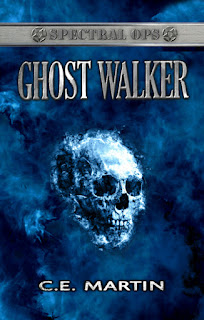 Recruited by the U.S. Military, Professor Richard Merlo and his assistant, Omorose Nasser, are transported from their University paranormal studies to the middle of the Arizona desert, investigating a haunted military outpost abandoned decades before. The academics soon find themselves in over their heads, investigating a spectral murder at the invisible hands of the entities that have made a deactivated missile silo their home. The hunters soon become the hunted, caught between non-corporeal hostiles and a military unit comprised of supernatural soldiers in a battle to prevent an ancient evil from unleashing a very modern armageddon on the innocent.


Available on Kindle, and in Print