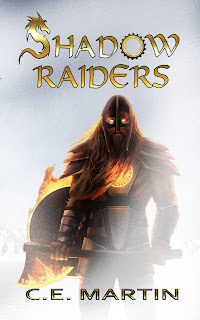 In the far North, a pair of ancient, golden doors have been found beneath the polar ice. Buried for centuries, these massive barriers have held back the elder gods of the North, confining them to their own plane of existence.

When a treasure hunter and an archaeologist open the gates to Asgard, all Hel seems ready to break loose on Earth.

Luckily, there are those who have been waiting for just this kind of thing, A modern military unit, comprised of the deadliest fighters humanity has ever seen. But instead of just repelling an invasion of mythical proportions, they are going to do the unthinkable. They're taking the war against the forces of Darkness into the shadows.

Available now on Kindle and in print!