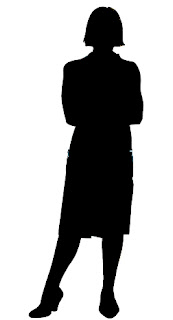 Former lead researcher at Project Medusa, Dr. Guerrera was accidentally petrified in 1961, ending her multi-year research into how magical petrification worked and study on the Basilisk, a captured cryptozoological creature.

Dr. Guerrera was de-petrified by exposure to Capt. Mark Kenslir, who was able to temporarily nullify the petrification effect with his presence. The two remained side-by-side for a year, as Maria continued her research. The two fell in love, and were married in early 1962.

Regrettably, Dr. Guerrera was again petrified in March 1962 during an accident at Argon Tower that killed Capt. Kenslir, resulting in her petrification returning. Kenslir did resurrect, but without his full abilities to de-petrify. Dr. Guerrera was placed in storage until such a time as she could permamently be de-petrified.

In 2013, Detachment 1039 recruited Jason Trumball, a latent psychic with the ability to absorb etheric energy, permanently de-petrifying Doctor Guerrera (Black Knight Down, SS #5) and the many other subjects petrified over the many decades of MEDUSA research.

Doctor Guerrera was reunited with her husband, but soon learned that immediately prior to her re-petrification in 1962, had become pregnant. Doctor Guerrera remained at Argon Tower, assisting with Project GOLEM.

In 2014, Doctor Guerrera was captured by a witch shortly after delivering her child (A Lucky Day to Die, SS#10). Guerrera and her child were rescued, but the Doctor decided it was too dangerous to remain around her husband and Detachment 1039, and moved to Resurrection, Montana as part of the QUICK RABBIT protocol.

Behind the Scenes
At the time she was written, Maria Guerrera was based on Genevieve Padalecki, as I had become aware of Jared Padalecki marrying his Supernatural co-star. Having a petrified wife seemed an obvious way to keep Colonel Kenslir uninterested in females in true, classic pulp fashion.

As the stories progressed, a de-petrification had to be a result, and I wasn't sure what to do with the character. She needed a reason to leave Kenslir, and a baby seemed to do the trick, and also let me in a tragic story element that so many readers seem to like in fiction, in general.

At present, there are a few more stories Dr. Guerra might show up in, but in general, she will remain the far-away love interest for Kenslir, effectively rendering him a bachelor like his pulp-predecessor, Doc Savage.