Another A to Z Challenge finally closes out, with a little peak at something from the real world that often shows up in fiction: 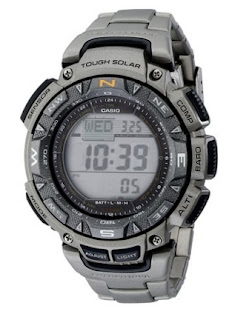 When you operate around the world, in different time zones, coordinating activities can be problematic. For that reason, some military forces use something we in America call Zulu Time. But what is it?

The primary time zone in the modern world UTC (Coordinated Universal Time). But to understand that, you need to go back before 1972, and look at GMT--Greenwich Mean Time, named for the Royal Observatory in Greenwich, London.

GMT was a standardized time used by British Mariners of the past of purposes of navigation. This had to do with the Greenwich Meridian (0) adopted in 1884 at the International Meridian Conference.

Basically, sunset is determined by the distance from the equator and time of year. To calculate it, you need a starting point (Greenwich). By having a clock set to GMT, mariners could determine their position on a map, by observing the position of the sun with an Astrolabe.

Time zones then were designated in hours before or after GMT. For example, Washington D.C. (at this time of year) is at -4 GMT. Meanign the sun rises four hours after it does in London.

As stated above, in 1972, GMT was replaced by Coordinated Universal Time in some countries...

Back to Zulu Time. It's basically one time (GMT/UT) that the military expresses things in. For example, if you wanted to launch an attack on opposite sides of the world, you might issue orders for it to take place at 0600 Zulu Time (GMT). Neither of those actual sites are actually in GMT however, so the local units can either do the math, or use a watch with dual time zone capabilities (showing both their local time and GMT).

So why call it Zulu time?

Since around 1950, nautical time zone (GMT) has been denoted by the Letter Z. Different time zones were designated by letters. GMT got the Z because it was the point of origin for determining time zones. It also refers to the time zone of "zero" hours, used since 1920ish.

Z becomes "Zulu" because of the Phonetic Alphabet...

The Phonetic Alphabet is something used by people broadcasting over radio. In the early, pre-digital days of radio, static, noise, and distortion could make it hard to understand someone. Things could b misunderstood. To prevent this confusion, the military adopted the phonetic alphabet to clear things up, assigning seldom-used words to the letters of the alphabet. To spell out BLOG, for example, you'd say "Bravo, Lima, Oscar, Golf". Most police departments use a similar phonetic alphabet, but use first names instead. And, you guessed it, "Zulu" is the phonetic call for the letter Z.


So there you have--"Zulu Time" is just GMT/UT, but spoken in military style.