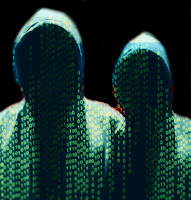 Summary:
Twins possessing a unique psychic connection that allowed them to effectively network their brains, Oswald "Ozzy" Emerson and Olivia "Olive" Emerson became child prodigies in the 1980s, bypassing other computer geniuses and establishing themselves as the pre-eminent hackers in the United States. With this rise to the top however, they quickly found themselves on a Most Wanted list and were arrested by Federal authorities.

Rather than sentence the teenagers to prison however, the National Security Agency hired them to construct a computer network capable of analyzing and decrypting radio transmissions from around the world, replacing hundreds of analysts.

In 1987, Oswald used the MAXIM computer network he and his sister devised to decode an unusual Extreme Low Frequency sound emanating from far below the city of Sydney, Australia.

Detachment 1039 was tasked with investigating the source of the encrypted plea for help, and uncovered an ancient, supernatural computer built by a malevolent entity intent on erasing mankind from the surface of the Earth.

In the aftermath of the machine's destruction, the Emerson twins were transferred to Detachment 1039's command to oversee the use of the MAXIM network to track and monitor dark threats to humanity.


Author's Notes:
I admit it, I love the show Person of Interest. Partly because it reminds me of Remo Williams, the Destroyer, partly because the Machine is one of the coolest characters ever. It's darn near what I've wanted to do for years, and was leading up to in my own series, Stone Soldiers.

So I was inspired... to reveal (or rather, retcon) my own A.I.'s backstory, I needed hackers. Psychic-linked twins sounded cool. And what better name than Emerson? As always, Fringe played a big part in Stone Soldiers continuing evolution, so I wanted a character named "Olive". Ozzy and Olive were born.

Where are they now? Well, I would imagine that once Max was entrusted with operations on his own (1995), the super-twins were whisked away to some other project. Or maybe they are working on their own. In any event, now that I've made them in the prequels, I guess I'll just have to fit them in, grown up a little, somewhere in the Stone Soldiers or Shadow Raiders series...