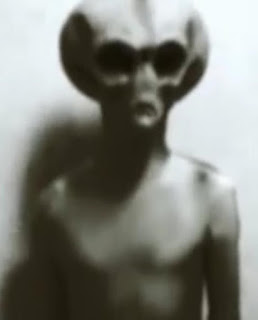 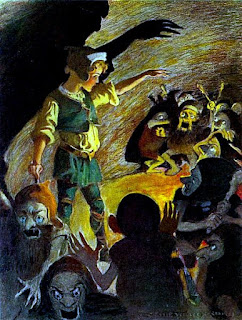 Last Known Status: Living abroad on Earth and the Farside of the Moon.


Summary:
Taken from the Icelandic language and meaning literally "hidden people", the Huldufolk have existed in mythology for centuries. Referred to as Elves, Goblins and Gnomes, these beings have long been associated with Europe and terrorizing humans. In the Middle Ages, Huldufolk were often accused of abducting humans.

In the modern era, the country of Iceland still claims that Huldufolk exist, and laws exist to protect geologic sites believed to be their homes.

Beginning with the Betty and Barney Hill abduction in 1961, a breed of supposed-extraterrestrial beings called "Grays" crept into the American consciousness. These small-statured, bulbous-headed beings soon became synonymous with the UFO phenomenon.

What the general population is not aware of is that these beings are one and the same. The so-called "Gray Alien" is in actually one of the Huldufolk, wearing disguises in a campaign of disinformation to hide their true nature as they continue their ages old terrorizing of humanity.

The origin of these supernatural beings is far more unsettling than the fact they have been on Earth for centuries. Following the capture of several Huldufolk in 1954, testing soon revealed that the creatures were in fact humans, transformed by the implantation of dark artifacts. Abducted and bred as slaves, the Huldufolk serve Species Five, known as the Nordics--a dark, Fell race residing in subterranean cities around the Earth and on the far side of the Moon.

Behind the Scenes:
Huldufolk begin life as humans. Each is implanted with a crystaline construct comprised of a synthesized Silver and methyst material that connects the host to an Etheric energy source, granting enhanced regeneration and eliminating the need for normal sustenance.

Over time, the implanted host slowly transforms, shrinking in height, their bones increasing in density and their internal organs withering from lack of use.

Huldufolk are anticipated to be capable of living for centuries, although no specimen has survived for more than a few hours in captivity.

Huldufolk cities exist around the globe but many have been eliminated by human armed forces over the past one-hundred years. Huldufolk thrive in Iceland, a country which has a covert treaty with the creatures--a mutual promise of non-interference.

In 2015, a U.S. Military strike force assaulted Site 219-A on the far side of the moon. There it was discovered that the Huldufolk and Nordics were in fact ruled by a Fellish Entity calling itself Hubal. This entity was killed in combat. The strike force further severely damaged the Huldufolk city and destroyed a number of their aircraft and killed a majority of their Nordic ruling class. The Huldufolk and their surviving Nordic masters are presumed to still be alive on the Moon.

Author's Notes:
Gray aliens are a mainstay in science fiction and UFOlogy circles. One of the more interesting theories I stumbled across on the internet was that the alleged abductions by modern grays shared an eery resemblance to accounts of goblin, elf and faerie abductions in the middle ages. The idea for a subservient slave race for the Fell was born...