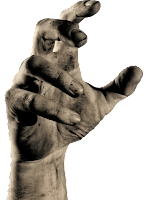 Summary: In 2014, rogue forces of the People's Army invaded the United States, bringing with them a number of ancient dark artifacts. During combat operations in Colorado, these artifacts were used to reanimate Chinese soldiers. This was the first confirmed sighting of the Chinese variant of "zombie", the Jiangshi, in decades.

According to Chinese mythology, the Jiangshi is the result of a number of possible origins, all of which involve the reanimation of a recently deceased corpse. This varies from the more common image of the zombie popular in the West as a human killed by a virus that then reanimates the body. Jianghi are traditionally reanimated by supernatural means, and seek out to consume the lifeforce, rather than the flesh, of the living.

Jianghsi may be defeated by a number of methods, per legend: Mirrors. objects made from Peach tree wood, a Rooster's call, Jujube seeds, the hooves of a black donkey, vinegar, Ba gua sign, the I Ching, Tong Shu, Glutinous rice or rice chaff, Adzuki beans, a handbell, thread stained with black ink, the blood of a black dog, a stonemason's awl, an axe, a broom, or fire.

In the case of the reanimated invading soldiers, fire and high explosives proved sufficient to permanently stop the Jiangshi.


Author's Notes: While the Jiangshi of Terrorcota had only the briefest of appearances, they did mark the second time in the Stone Soldiers series zombies appear. In the event human, conventional forces had been sent to fend off the invasion, the undead action would no doubt have stretched out considerably longer. But since readers had already seen how ineffective zombies are against the men of stone (Armageddon Z) the Jiangshi were only a minor feature from General Zhou's array of magical weapons and tricks.
at 9:00 AM