BOOK OF STONE: The Sprocket 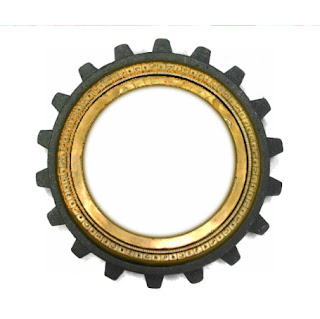 In 2013, Detachment 1039 discovered a Ring Portal in Greece, deep within Mount Olympus. A golden metal ring, nearly nine feet in diameter, the device was activated by the Titans that had been in a state of suspended animation in the Black Knight satellite. According to Father Lee Schuler (Hercules) the portal allowed travel to and from the home of the Olympian "gods"--on Mars.

Some short time later, the Detachment again located an ancient Ring Portal, this time at the South Pole. Hidden deep beneath the ice in the remains of some kind of antediluvian city discovered by the Nazis in the mid-Twentieth Century, this Ring Portal had been altered by German scientists, and was capable of opening a point anywhere on Earth by connecting with the blood of a target in some kind of ancient dark magic. This portal, and the base it was located within, was seized by U.S. operatives and continues to be investigated (Seven Deadly Sons, Stone Soldiers #7).

In 2014, a rogue Chinese General used another pair of Ring Portals (called "chang de mien", or Long Door) to launch a surprise invasion of the United States in Colorado. Using the portals, General Zuo rapidly moved a strike force of soldiers from China, catching the military completely off-guard. Fortunately, Detachment 1039 was able to stop Zuo's force and pursue the General back through his Ring Portal to Shamballah (Terrorcota, Stone Soldiers # 8).

In the aftermath of the Chinese invasion, plans were immediately set in motion to begin developing American-made Ring Portals capable of moving not just individual soldiers, but entire aircraft. Project; Flare was launched.

The Sprocket, named for its gear-like appearance, is a steam engine-rotated Ring Portal measuring over fifty feet in diameter. The Sprocket is large enough to accommodate a Harrier AV-8B or even an F-35, as well as most US Army land vehicles, including the M-1 Abrams Main Battle Tank.

Like the former Wehrmacht Ring Portal recovered in Antarctica, the Sprocket does not need a mated pair to complete the wyrmhole (so called for its magical origins and connection to the astral plane). Rather, the Sprocket locks on to a remote object through a complicated thaumatological machine utilizing the empathetic etheric resonance principal.

In late 2015, the Sprocket was used to establish a connection to an orbital point over the Farside of the Moon (One Dark Step, Stone Soldiers #11). This allowed a strike team to insert from orbit onto the Moon's surface without having to cross the vast distance between Earth and Moon.


Further study of the Sprocket and its interdimensional abilities suggests the device could be used not just to reach distant points in space, but points in parallel universes--if they exist.

Author's Notes:  The original Ring Portal to Mars came about as just an appropriately magical way to move from one point to another. Magical doorways are rampant in fantasy and Science Fiction (The Blue Adept, Stargate, The Chronicles of Narnia). Once the Ring Portal was part of the Stone Soldiers universe, I began to think back to one of my favorites, Stargate SG-1. The Ring Portal made its triumphant return. In a much larger, vehicle-capable size. I mean, can you imagine Colonel O'Neill and Tealc rampaging in Vancouver in a Tank?! That would have been epic...

Is the Sprocket too powerful? There is that possibility. Good fiction has obstacles for the heroes to overcome. Distance isn't a particularly exciting one, so I think the ability to go from any point on Earth to any other doesn't hurt a story at all. In fact, it literally opens up whole new worlds. Worlds you'll see in the future as Stone Soldiers wraps up and spawns a new series Shadow Raiders.
at 9:00 AM