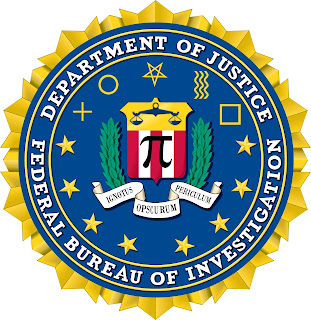 History:  With the revelation of parahumans to the public in 1971, law enforcement began to consider Preternatural threats seriously. Initially, various teams and investigative units dealt with the matter, but too many false reports disrupted operations and limited the Bureau's ability to effectively deal with Preternatural crimes. In the early 1990s, the P-Division was formed, consolidating the investigation of strange events to one investigative team to make a singular determination as to whether or not something Preternatural was involved. By 2000, the Division had grown to include Critical Incident Response Groups dedicated to the apprehension of individuals posing a Preternatural threat to the general population. These early P-CIRGs were augmented by parahuman consultants skilled in countering Preternatural threats. Today, the P-Division continues to investigate the strange and unusual and apprehend the Preternaturally dangerous when appropriate.

Author's Notes: The idea of a government task force of law enforcers fighting the supernatural or unusual isn't new; X-Files, Alphas, Fringe, Heroes, The BPRD. In a series where the military is countering supernatural threats to national security, it only seems appropriate there be a more toned-down, legalistic response force. One that allowed me to parody elements of the best of the previous entries in fictional law enforcement. Initially, the P-Division remained an unnamed element of the FBI, making appearances in early Stone Soldiers novels. But in X-Ponent readers go to go back to the end of the 20th Century and see a slightly more familiar version of the group, headed up by two intrepid investigators of the paranormal. Agents David "Lone Wolf" Mueller (who believed everything was connected to aliens, when it wasn't) and his skeptical partner S. Kelly Anderson dove head first into the investigation of strange goings on involving the military in this expansion of flashbacks from Shades of War (Stone Soldiers #4). A bit more campy than most of the Stone Soldiers/Shadow Detachment installments, this one was particularly fun to write.