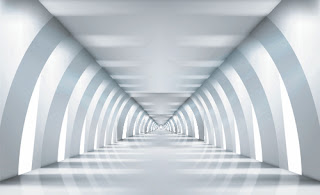 Summary:  At tome time in the ancient past, the Fallen--hybrid human-Malakh-- used their advanced knowledge to build what modern man would describe as technological wonders. Among these were sites used for traveling off Earth, via Wyrmhole Generators.

In the early days of World War II, the Wehrmacht and SS, under the guidance of Himmler's Ahnenerbe, explored the mysterious continent of Antarctica, eventually locating a Fallen site buried beneath the ice. Digging into a nearby mountain ridge, the Nazi war machine expanded the site into a full-fledged base at the bottom of the world, unlocking the secrets of the Wyrmhole generator there.

At the close of he war, many Nazi officials fled to Argentina and Antarctica, and the Weiss Gewolbe became host to a number of projects with one goal in mind: Restore the Reich.

By the 21st Century, the remnants of the Reich had all but abandoned Antarctica and many of their secret bases in South America, the mid-20th Century leadership dead from old age or Israeli agents. The prehistoric base beneath the polar icecap was all but forgotten, its inhabitants abandoned.

Free from teh control of their masters, a band of experimental Wolfsoldaten began to seek revenge for the Reich, striking around the world using the Wyrmhole Generator in their home. This alerted Detachment 1039 to their existence, and the base and its terrible secrets were at last found and conquered by the forces of freedom.

Today, Valhalla Station serves as a research facility for Thaumatological studies and as a transport hub for Detachment 1039.

Author's Notes: What kind of series would Stone Soldiers have been, featuring prehistoric beings, but not featuring prehistoric buildings? The glowing white stone base beneath the ice took up a great deal of research time and would have featured even more prominently in Seven Deadly Sons,  had I not exercised some considerable self-control. As it is, the mysterious structure has many more secrets to reveal in upcoming installments of the series.

Originally, Valhalla Station (named by Dr. King) was going to become a secondary base for the Detachment. But the storyline of One Dark Step opened up Groom Lake as a far better base of operations. For now, the antarctic base remains in the background, appearing periodically, as needed...