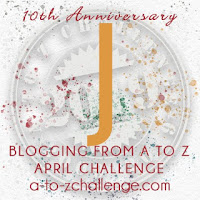 It was only a few months ago that I watched the movie Aquaman for the first time. In one scene, Arthur Curry and Princess Mera leap from an airplane flying over the desert—without any parachute. As I watched this, I thought for sure they would pass through some magical barrier over a sea, making it resemble a desert. But, no, they just slammed into the ground boom, boom—and were unharmed.

I’m sure a lot of people watching this movie might have wondered about that, assuming, as so many people do, that the height of a fall is what makes it dangerous. That is not entirely true, as I learned several years ago when I wrote a very similar scene in Stone Soldiers #4, Shades of War. In this scene, Detachment 1039’s most-human character, Josie Winters, finds herself thrown into free fall without a parachute. Her grandfather, Colonel Kenslir, then dives out after her, intent to rescue the girl—but also without a parachute.

This scene was written after a lot of research about skydiving—not just the sport, but the military’s use of it as a way to deploy troops onto a battlefield.

Firstly, it might surprise you to learn that the concept of parachuting soldiers onto a battlefield was first envisioned by Benjamin Franklin in 1784. It wasn’t until 1927, in Italy, that this idea was finally, successfully executed. In the decades that followed, armed forces around the world embraced the idea of Airborne troops, and innovations and practices ave continued to be developed, such as HALO (High-Altitude, Low-Opening).

Amidst all the ever-advancing technology though, there remains a very valid question: do you really need a parachute? Generally, the answer is “yes”, but there have been several incidents of skydivers surviving a jump without a working parachute (although there are far less of these survivors than people who have died when their parachute failed to open).

As it turns out, anything falling in the earth’s atmosphere reaches what is called terminal velocity. This means that once the object (a person, pallet, or vehicle) reaches a certain speed, it will not fall any faster—no matter how high it is dropped from. This is in part due to wind resistance and the non-changing gravitational pull of the Earth. For humans, terminal velocity is, in freefall position (spread-eagled, with arms and legs extended), 120 miles per hour.

That may sound pretty fast, and in far too many cases it is. But, as I stated above, sometimes, even at this speed, people have survived. In many of the cases, survivors had their parachutes partially open, thereby slowing their descent to less deadly speeds like 50 mph. It’s also important to realize that different surfaces such a falling person strikes might play an important part in surviving. At high speeds, even water will feel like a solid. In the case of Luke Aikins, who, in 2016, plummeted 20,000 feet to a special safety net, and survived, uninjured.

In Aquaman, Arthur Curry and friend plummet onto sand. It doesn’t seem to have the shock-absorbing properties of a suspended net, but maybe the half-Atlantean didn’t need them, given that earlier in the film, we see he’s bulletproof.

Think about cats. A study done on the subject of falling cats determined a freefalling feline could survive a fall even after reaching a velocity of 60 mph. Cats aren’t bulletproof. They aren’t even BB gun-proof. But they can withstand falls significantly better than people can. This is clearly due to their body mass v. density ratio—made of the same flesh and bones as people, but weighing significantly less.

In Shades of War I reached the same conclusion, and determined that Mark Kenslir, being a superhuman (albeit not bulletproof), could withstand a fall that would kill a human. The writers of Aquaman clearly reached a similarly conclusion, deciding that Arthur Curry would have a similar terminal velocity to a human, given he is the same weight and volume as a normal man, but being made of tougher stuff.

Of course, this is all just conjecture, until a superhuman comes along in real life that is willing to jump out of an airplane without a parachute.