Author's Note: The Kabaa and the Magic Space Rock 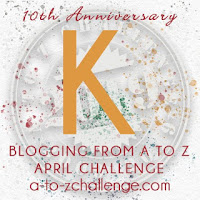 For those Muslims who aren’t throwing homosexuals off rooftops, crashing planes into buildings, or tearing down ancient, pre-Islamic historical sites, there is a pretty important part of their daily regimen, demanded of their faith: praying to Mecca.

For years, I wondered what this was all about. What even is Mecca? I wondered. I turned to the Internet, and first found fairly mundane explanations for this Islamic holy site. But, Google never fails to include the more bizarre bits of information you’ve never heard of, and I learned so much more…

Pre-Islam, there was a Temple in Mecca, to the fortune-telling god of divination, Hubal. When Muhammed and his followers took over the city, they removed all signs of the false god and decided to turn the temple into a sign of their faith: the Kabaa. Every year, Muslims from around the world make a long pilgrimage to this site, just as the Bedouins before them had, hoping to touch the Kabaa. On the face of it, this doesn’t seem so unusual. Lots of cultures have replaced the meaning of former religious sites, incorporating them into the conqueror’s religious practices. But what makes the Kabaa so special isn’t the fact very few are allowed to be inside it, it’s the what’s on the Eastern corner of the special building: the Black Stone.

Believed to be meteorite, the Black Stone has its part in Islam—for one, it’s alleged to have had the power of speech, and actually spoke to Muhammed. Yes, it’s a magic stone. From space.

In 683, the stone’s powers of speech didn’t protect it from physical harm—it was broken apart by another stone, fired from a catapault by invaders attempting to seize the city. In the aftermath, the stone’s fragments were fused back together and set in silver.

Again, a relic inspiring the Holy isn’t that unusual. But there is more.

In 1901, archaeologist Hugo Winckler proposed that it wasn’t “Allah” the Muslims were praying to, but rather “al-ilah” a pre-Islamic Moon god. Today, there are many claims on he internet that the higher ups in Islam won’t deny that al-ilah and “Allah” are one and the same, or that they are the Moon God, looking own from on high. And recall that the flag of Islam always seems to bear a crescent moon and a star—perhaps the falling star of the Black Stone?

This is all a pretty fantastic bunch of conspiracy theories, but when I read them, I knew this was L Ron Hubbard-worthy fiction that I was going to embrace and combine with some other far-out Moon mythology on Stone Soldiers #11, One Dark Step.

Is any of this true? Or is it right up there with the faces of Mars? Maybe you should do some Googling, then read One Dark Step and decide for yourself…
at 8:14 PM