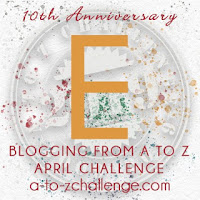 You don’t have to watch the CW’s Supernatural to notice that a lot of angel names end in “el”. Even the word Angel has an el in it. I never gave this much thought, until I had to do research on fallen angel names for the main villain of Stone Soldiers #13, Shadow Raiders—a fallen angel ruling the alternate reality Earth of the book.

In the course of reading about angels and those named both in the Bible and in Judiasm and Kabbalah, I stumbled across something, really, really interesting: El.

To back up a moment, the first time I ever heard “el” was the car-truck hybrid of the 1970s: the el camino, which translates to “the road”. The Biblical “el” is considerably different.

Michael, Gabriel, Uriel, Raphael.. so many angels, all with “el”. The answer is really simple: “el”, in this context, means “of god”.

Now, not all angel names have “el” in them; Samyaza, Armaros, Mastema are examples of el-less names. And then, there’s Kal-el.

That’s right, the last son of Krypton comes from the House of El, the same as his father, Jor-El.

Is this a coincidence? Well, if we look at Superman’s creators, Jerry Siegel and Joe Shuster, we learn that Mr. Siegel was the son of Jewish immigrants who had fled Lithuania. Mr. Shuster also came from a Jewish family.

I’ll note, at this point, that “El” means “God”. Meaning that the House of El, is the House of God, and that Superman, perhaps in the eyes of his creators, was a servant of God.

You can read about the Fallen Angel Aurg-El and the alternate reality Asgard in Stone Soldiers #13, Shadow Raiders, available now on Kindle.