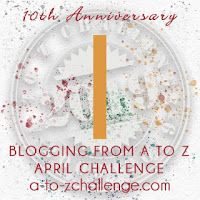 Mkele Mbembe, the Ropen, the Kasai Rex, Nessie… these are all cryptids believed to exist, and believed to be dinosaurs that have survived into the modern era. Like Nessie, we know of many dino-cryptids because of eyewitness reports.

In Stone Soldiers #5, BlackKnight Down, the Shadow Detachment finds themselves fighting ancient, antediluvian beings who are able to create simulcrums of the ancient beasts that walked the Earth when they did. Deciding exactly what beasts they would choose was a challenge. The antediluvian Titans had been in suspended animation for millennia, missing the 29th Century, which is when most dinosaur species’ fossils were discovered. They wouldn’t know about T-Rex Triceratops, or the Apatosaurus… or would they?

In addition to eyewitness sightings of extant dinos, there are a number of ancient carvings around the world that depict animals thought to have died out long ago. These carvings are alleged to be centuries old, putting them long after the dino extinction, but also quite a while before paleontology became a thing. How then did the people who made these carvings know what to carve?

The most intriguing of the dino carvings are the Ica Stones—thousands of smooth, round stones etched with dinosaurs and people, and found in the Ica region of Peru. The stones were first discovered (in modern times) in the 1960s by a farmer named Basilio Uschuya. Collected by Javier Cabrera Darquea the stones were revealed to the world and now reside in museum.

In the 1970s, Uschuya admitted in an interview he had made many of the stones himself—but his claim is questionable for the simple fact he couldn’t have made the thousands of stones collected by Mr. Cabrera. And for the fact he soon after began selling stones to tourists that he did indeed make.

If the Ica stones are really remnants from ages past, they support a Creationist view of the Earth, where, pre-Flood, man and dinosaur lived side-by-side.