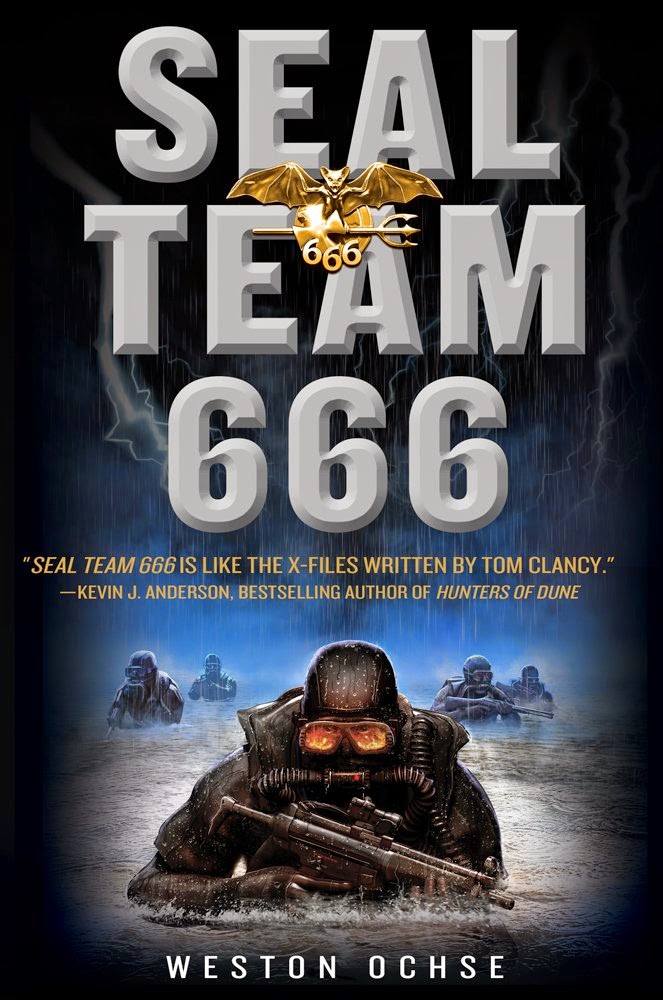 Weston Ochse's SEAL Team 666 follows Cadet Jack Walker. Halfway through SEAL training, he's still green but showing incredible promise when he's whisked away to join four SEALs—and their dog—for a special ops mission. Walker soon finds himself in a whirlwind of otherworldly creatures and events as he finds out the true nature of this “special ops” team: SEAL Team 666. Battling demons, possessed humans, mass-murdering cults, and evil in its most dark and primeval form, SEAL Team 666 has their work cut out for them. And it’s not long before they realize that the threat isn’t just directed against the U.S.—an ancient and deadly cult has bigger plans, and Walker is at the center of a supernatural conflict with the entire world at stake.