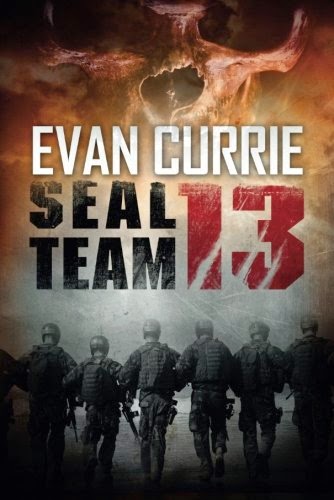 It’s been ten years since a mysterious incident in the South China Sea annihilated a US Navy destroyer and its Navy SEAL team. Only one man survived this horrific tragedy. Now, as more of these strange, supernatural events are happening around the world—with deadly consequences—the US Navy calls on sole survivor Harold “Hawk” Masters to put a stop to the evil forces behind these crimes.

Masters reluctantly returns, dispatched to lead an elite team of soldiers like him—all survivors of the terrifying, evil deeds of “the other side.” As these frightening events escalate at an alarming rate, SEAL Team 13 is put to the test, battling malevolent undead creatures that threaten the security of the nation—and the world.

But not everyone supports the government’s new interest in facing off against the unnatural forces that threaten the welfare of its citizens. Could Hawk Masters’ secret military force also be forced to fight shadowy opponents from within?

From world-building author Evan Currie, SEAL Team 13 is a dark, riveting, and action-packed tale of military intrigue and supernatural horror.