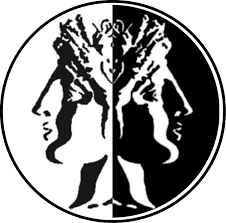 A Former FBI contractor, hired for his postcognitive psychic abilities when barely out of high school,  Victor can touch objects and psychically pick up mental images or even memories of the owner of the objects. He used this ability to help locate missing persons and track serial killers, all under the watchful eye of his handler, Spec. Agent Pam Keegan.

After uncovering clues as to the true identity of the Valentine Killer in 2013, Victor was recruited by Det. 1039 and petrified for his safety (SS 02: Brothers in Stone). With the postcog's help, Col. Kenslir ultimately succeeded in defeating the twin shapeshifters Ketzkahtel and Tezcahtlip (SS 03: Blood and Stone).

In 2014, the Stone Soldiers acquired a dark artifact, the Lotus ring of He Xingu, that reverts the wearer to flesh form (SS 08: Terrorcota). While he ring is shared among the petrified men, it is primarily worn by Hornbeck to allow him to blend in with the human population during investigations.
at 9:00 AM