Book of Stone: Murphy and Mullaney 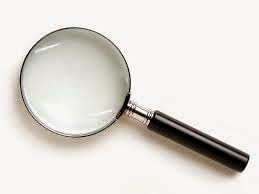 An aging, psychic detective in L.A., Richard Murphy has the ability to see the dead, but generally resists, requiring him to  drink alcohol and numb himself to the encounter. He is haunted by the ghost of his former apprentice-partner, Murray Mullaney, who somewhat assists Murphy in his investigations, but more often metely aggravates the older man.

In 2014, Murphy inadvertantly witnessed a supernatural murder and was recruited by Det. 1039 in tracking down a possessed centaur (SS 09: Pale Horseman).

Murphy declined an invitation to become petrified and join the Stone Soldiers, opting to return to LA and resume his private investigations.

Murphy drives a  Kia,  which he calls his "killya". Murphy is an avid chess player, competing online with opponents around the world.

Murray Mullaney possesses poltergeist like abilities and is fiercely protective of Murpy, who he  claims owes him a sensational case before he is at rest--an impossibility as that now he is dead, any case resolution would be attributed to Murphy.
at 9:00 AM