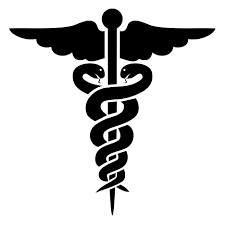 Laura Olson was a medical student in the early 1970s, about to start her residency when she was attacked and turned by a vampire. Mark Kenslir spared Olson’s life and enlisted her in the fight against vampires. Olson was imprisoned in Alcatraz providing intelligence on vampire movements by means of her empathic connection with the undead. In the summer of 2013, a prehistoric shapeshifter raided Alcatraz, killing the inmates and staff, but failing to kill Dr. Olson (SS03: Blood and Stone).

Olson joined Detachment 1039 in tracking down and defeating the monster then remained with the team for several months until she was killed in Greece in the fall of 2013 (SS05: Black Knight Down).

Several months after her death, Olson was resurrected again, this time by the Fountain of Youth, to help investigate the appearance of hybrid vampires (SS 07: Seven Deadly Sons).

Prior to this second resurrection, Olson possessed the powers of a top echelon vampire: super strength, accelerated healing, superhuman speed, otherworldly senses, the ability to drain the lifeforce from others and the ability to grow her teeth and nails to monstrous proportions. Following her rebirth in the Fountain, Olson is able to transform into a hideous, gargoyle-like creature, with gray skin, short horns on her head, yellow eyes and large, bat-like wings. In this towering form, Olson is superior in combat to most supernatural beings.

In her human form, Olson can draw the lifeforce from subjects, pulling it up and out of their mouth. She uses this energy to enhance her strength and tap into her vampiric powers. Without lifeforce, she remains human, of average strength, but can transform into her Gargoyle form, no longer needing lifeforce to be superhuman. Olson has also learned how to heal with stolen lifeforce, even undoing fatal injuries that appear to have killed victims.

While Olson can turn a human into a vampire--by draining them to death, then resurrecting them--she is forbidden from doing so on penalty of being re-imprisoned.

In addition to her supernatural healing powers and combat skills, Dr. Olson is an intelligent scientist. A promising medical student before her turning,  she continued her studies, pursuing her medical career behind bars, studying both parahuman inmates and her own vampiric condition. She quickly came to be considered the foremost expert on vampirism and is frequently called upon for her unique perspective in identifying and studying the supernatural.
at 9:00 AM