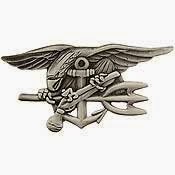 In 2014, after over a year of successful counter-Dark operations by the Stone Soldiers, the Pentagon directed that a second team of soldiers be petrified. Copying the success of Daniel Smith, a former Navy SEAL, it was ordered that four more SEALs be recruited into the program: Wayne Stevens, Paul Briones, Isaac Jacobson and Dean Johnson (SS 05: Black Knight Down)


Johnson was eventually assigned to Bravo Team, under Captain Smith (call sign Cobra). Despite his penchant for being injured even as a stone soldier, Johnson has proven to be a useful member of the Detachment, often leading the charge into battle. A wise-cracking smart-alec, he loves cars, reading car magazines so regularly he is known to always have one in his kit at all times. Johnson is close friends with his former teammate, Wayne Stevens.
at 2:00 PM