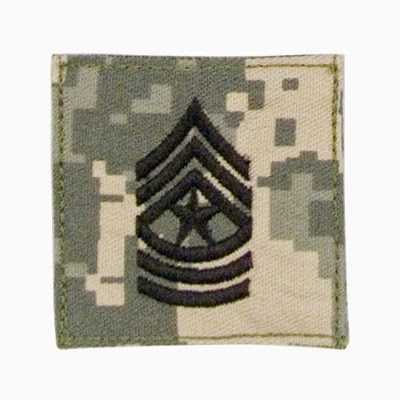 Following the successful integration of four US Navy SEALs into the Medusa Program and Detachment 1039. Colonel Mark Kenslir began searching the ranks of the military for more candidates to join the unit's ongoing battle against the forces of darkness. In 2014, he selected an elderly Sergeant Major from the Army's Airborne Ranger community: Brock West.

A career NCO, West had the skills, training and demeanor to join the team--and no familial connections to give up as required by becoming a petrified soldier.

West served successfully in the Detachment in 2014, dying in combat during action in Colorado (SS08: Terrorcota), then successfully resurrecting before his final death in Los Angeles (SS09: Pale Horseman)

West served his country two lifetimes, both as a soldier and a supersoldier and now joins the ranks of those killed by the Fallen enemies of mankind.
at 6:00 PM