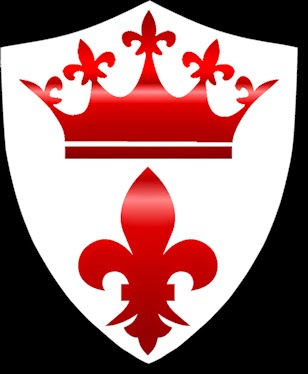 It was the 1970s, the era of "the Beards"--costumed men with parahuman abilities that fancied themselves "superheroes" who hid their identities behind facial hair rather than masks. More publicity hounds than crimefighters, the Beards paraded around the largest of cities, seeking photo opportunities and chances to show off their strange abilities. In this era where men were the vast majority of celebrity parahumans, it was hard for a woman to stand out. But Emma Rosemond did, as the Red Queen--a psychic with the ability to control men with her Royal Decree.

The Red Queen quickly gained popularity on the West Coast, championing the cause of women's rights and equality in a male-dominated workplace. Instead of a bearded, costumed man, Emma presented a glamorous image of stunning beauty--beauty that soon earned her a role in a number of action movies in the early 1980s.

As the para-vigilantes began to fade, the Red Queen continued on as an action heroine on film, her box office rankings rivaling those of her human, male counterparts. But beauty fades, even with Hollywood magic, and the stunning redhead soon found her on-screen offers fewer and further between. Her popularity began to diminish. But not her powers.

By 2000, Emma had retired from the public eye, content to accept jobs in corporate security--just like so many of her parahuman male counterparts had a decade before her. Known for her trademark red business suits, the Red Queen continued practicing her supernatural abilities, this time away from the public eye.

Emma has a telepathic ability to control others by speaking to them. This power requires her to see her intended target. Emma was known for only using her powers on men, sparking conjecture that women were immune to supernatural wiles. Whether this is true or not has remained a secret of Ms. Rosemond, who even without using her psychic gifts is able to command respect and project authority on anyone she meets.

(Look for the Red Queen, and more of Supernatural Hollywood in Pale Horseman, coming soon in 2014)

Enjoy the Stone Soldiers series? Consider supporting it at Indiegogo, or by spreading the word!
at 10:00 AM