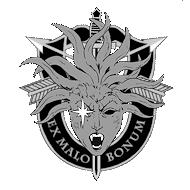 
Following World War II, and the defeat of Germany, Allied forces were shocked to learn that the Nazis had been attempting to develop supersoldiers by a variety of methods--including the supernatural. Many notes and documents were seized by both American and Soviet forces and studied at great length.

After the formal creation of Detachment 1039 after the war, the War Department authorized research into creating American Supersoldiers as well. A great many projects were proposed and investigated, but one of the few to eventually succeed was PROJECT MEDUSA.

Named for the Greek mythical figure, Medusa examined the possibility of replicating the petrifying abilities of not only the Gorgon (who's original head was recovered in the late 1950s) but also that of the extinct Basilisk, a creature who had been able to turn living creatures to stone with its glare.

By 1958, a new project was proposed by Dr. Maria Guerrera--to turn supersoldiers to living stone, so that they would be able to resist physical injury. Guerrera theorized that in the same manner that a Basilisk's victims could be de-petrified by the creatures, soldiers could be partially transformed, yet remain the ability to move.

The first successful creation of a petrified man was an accidental one, when the Project suffered a major incident in 1962. A resurrected Basilisk turned on its handlers and killed many of the staff in the Project, until it was put down by Captain Mark Kenslir, a Detachment soldier capable of resisting supernatural energies. Kenslir suffered a partial transformation, his flesh turning to stone only briefly, then reverting to flesh. This occurred whenever the soldier took any type of damage or injury that destroyed cells. This then freed a curse he already carried, dormant in his blood, which then regenerated him. Upon regeneration, his petrified body parts would then turn to flesh again, thanks to his own negating abilities.

Dr. Guerrera's successor, Dr. William King, saw this as the key to producing living stone soldiers. By exposing soldiers to multiple curses, each attempting to perform similar transformations, soldiers would become partially cursed, their bodies existing both in a petrified and non-petrified state simultaneously.

Enjoy the Stone Soldiers series? Consider supporting it at Indiegogo, or by spreading the word!
at 3:30 PM