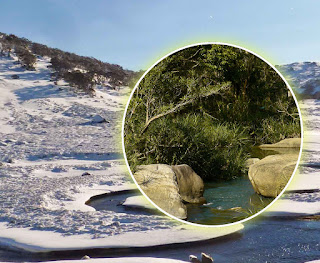 Summary: Unlike the hypothetical Einstein-Rosen bridge connecting two points in space, compressing the distance between them, Wyrmholes (so-named by Dr. William King) connect two points with no space between--an impossible connection made possible by magic.

In 2013, Detachment 1039 discovered a wyrmhole generator within Mount Olympus, Greece. The antediluvian Ring Portal enabled the prehistoric Titans to leave Earth and journey to Mars. In the aftermath of this event, the United States seized the remains of the broken Mars Ring Portal and began a project to unlock the secrets of Wyrmhole travel. Several months later, another Ring Portal was found in Antarctica--this one successfully manipulated by the Ahnenerbe decades before. With this final piece of the puzzle, Project Flare was launched with the goal of producing modern-era Ring Portal to create wyrmholes for tactical military use.

Author's Notes: It's true, I'm a Stargate fan. The Ring Portals started out as my homage to one of my favorite shows, but the portals just kept working their way into more and more stories. Now I'm launching a new series, focusing on Wyrmhole travel. So of course I had to name it...

One of my few gripes was the fact that they teleported through the wormhole the gates made. What happened to stepping through an opening to somewhere else, like Star Trek's Guardian of Forever? Wyrmholes--named to sound more magical--do just that. They don't "compress" space to shorten the trip (wouldn't anyone passing between them be compressed too?). Instead, there is NO space between the two points. Magic.