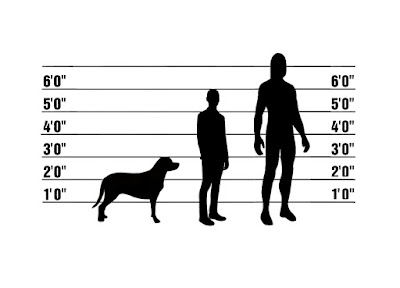 Summary: Throughout human history there have been tales of tall, otherworldly beings, often slight of build, that approach men and women, professing to only want to help. Often described as having pale skin, piercing blue eyes and long, flowing white or blonde hair, these beings have survived into the modern era, now branded as alien visitors wanting only to help humanity. The truth about these beings is more sinister than most can imagine...

The offspring of Human-Malakh First Borns, the Nordics are a race dedicated to the eradication of humanity. Residing in subterranean bases around the world and even on the Farside of the Moon, the Nordics--so called for their resemblance to Scandinavian peoples--rely on deception and subterfuge to manipulate the nations of the Earth into fighting against themselves.

In 1954, a delegation of the Nordics attempted to establish diplomatic relations with the United States, as did a small group of Species-4, the Huldufolk. The Nordics claimed the Huldufolk were their rivals in a galactic war and both parties were attempting to convince the U.S. government to allow them to build bases in North America. The Nordic delegates were captured and interrogated for the first time in history, and their true plan was revealed--an invasion of the aftermath of a global nuclear war, eliminating the few survivors remaining on Earth. Further, it was discovered the Huldufolk and Nordics were working in concert, with the Huldufolk actually existing as a slave race.

(In the aftermath of the Nordic encounter, it has been theorized that this meeting was designed to push the Soviet Union and United States into a nuclear conflict, especially given the fact the Soviets entered into a non-aggression treaty in exchange for advanced technology that was never provided.)

While both the Huldufolk and Nordics were believed to be operating on Earth (and not from the Pleiades star system as they claimed), in the late 1960s, the Apollo space program confirmed the presence of artificial structures on the Farside of Earth's moon. As radar tracking of both Huldufolk and Nordic aircraft continued to improve, it was eventually confirmed both species were operating from these structures, as well as from Earth-side bases.

In 2015, a U.S. mission to the Moon succeeded in identifying and eliminating the leader of these imposter races, the Fell being identified as Hubal. A simultaneous strike in Iceland (a nation with a long-standing treaty of nonaggression with the Huldufolk), also succeeded in destroying a number of aircraft and inflicting severe casualties on the servants of Hubal.

Physical Description:  Nordics are on average between 7 and 7 1/2 feet tall, with some extreme cases of eight feet or more reported. They have slender limbs and torsos, with little to no body fat. All have iridescent blue eyes, elongated, pointed ears, and white body hair. Nordics have the same advanced, etheric-based regenerative abilities as most other Fellish and supernatural beings, recovering from minor wounds almost immediately, and withstanding what should be mortal wounds with little effort.

Nordics further possess a superhuman strength believed to be bolstered by the same etheric energy they use for healing--the average Nordic male is believed to possess the physical strength of ten human men. Nordics are possessed of an incredible endurance, also believed to be etherically-bolstered.

As a result of their magical healing, Nordics are vulnerable to silver. Despite this, most Nordics have been found to wear silver-mesh woven clothing, armbands, jewelry and to even carry silver weapons.

Nordics favor edged weapons in combat but are known to use advanced weaponry, some harnessing etheric energy for ranged combat. Nordic technology is significantly more advanced than human, mixing both scientific and thaumatological adavances.

Author's Notes:  If you've ever seen any of the UFO shows, you've heard the terms "grays", "Nordics" and even "Reptilians". Abductees are convinced these three species visit the Earth from other worlds. For One Dark Step, I thought it would be interesting to mix it up, by having the Nordics and Grays (Huldufolk) working together. And of course, having them be supernatural.

In many science fiction stories--Stargate in particular--the opposite is normally done. Things we think of as supernatural are "scientifically" explained. For the Stone Soldiers universe, I like turning that on its head and making the at-first-glance scientific and pseudoscientific to be something literally otherworldly.

For now, the Nordics have been dealt a crushing defeat, but they aren't down and out completely. Look for these modern-day Elves and their Goblin slaves to return in future stories... along with maybe a Reptilian or two...