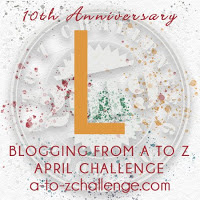 On July 20, 1976, Viking 1 set down on the surface of Mars… and a lot of us were disappointed. We weren’t sad that the USofA had landed a probe on Mars, we were sad that there weren’t any aliens. For several years before this momentous occasion, we had been led to believe, by Richard Hoaglund and his “Enterprise Mission”, that not only was there a face on Mars, but several pyramids. When Viking 1 started sending back photos of nothing but a barren, desolate landscape, it was pretty disappointing.

Fast forward a few decades, and while reading about the ruins anew, trying to find a way to fit them into a Stone Soldiers story, I learned something shocking: it wasn’t just Mars that Mr. Hoaglund believed had ancient, possibly alien ruins on it—the Moon did too!

This was pretty shocking. I remembered watching some of the Moon landings—or at least programs about them, I was only 2 when Apollo 11 touched down. No one had ever said anything about towers and structures on the far side of the Moon back then. At least, not on TV.

Fast forward to the 21st Century and you can find all kinds of crazy ideas via Google, or Yahoo—stuff Jeeves never told us about.

Combined with the information I’d learned about the Moon god al-ilah, this was clearly a story in the making—a story about a Fallen Angel with Nephilim servants, striking at Earth from the safety of the ultimate high ground.

If you haven’t ever heard about the Moon ruins, fear not, Mr. Hoaglund’s Enterprise Mission has info, and blurry pics about them!

But back to our story. Sure, there could be ruins on the Moon no one’s ever seen—the far side of the Moon (erroneously called the “Dark Side”) is always facing away from Earth, the rotation of the Moon matched by the time it takes it to complete an orbit around us. The real question was to figure out how I would get my team of Stone Soldiers to the Moon.

As it turns out, the Apollo program was actually terminated before the last three missions could be launched. Apollo 18, 19, and 20 were scrubbed. Some conspiracy theorists claim it’s because the Apollo crews were warned not to come back, but I didn’t really care why. I was excited to learn that three Lunar Expedition Modules (landers) https://en.wikipedia.org/wiki/Canceled_Apollo_missions were still in existence! That’s right, there are still three vessels in the world capable of carrying men to the Moon (if all the guts and electronics were put back in them).
at 8:15 PM